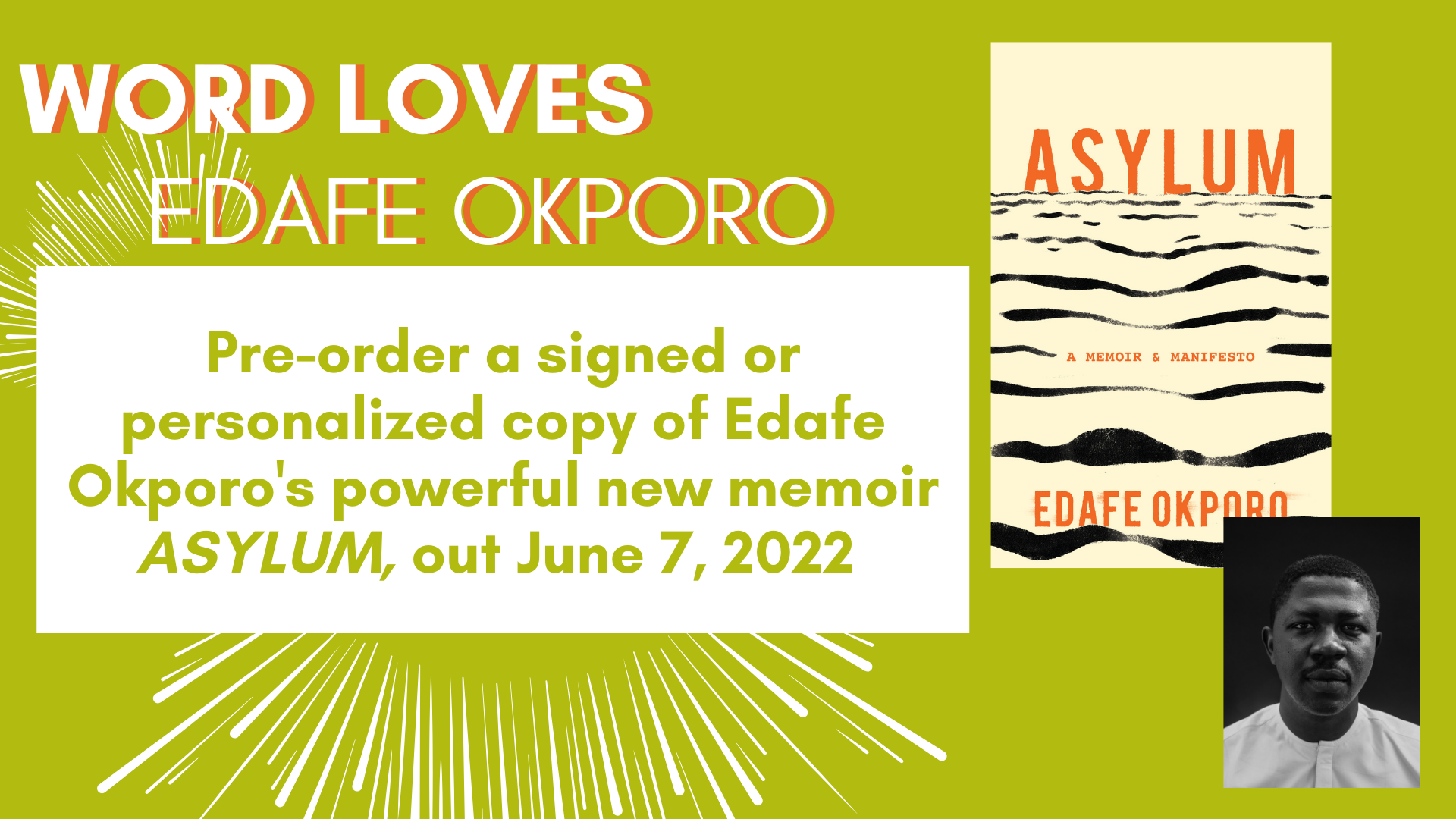 A poignant, moving memoir and urgent call to action for immigration justice by a Nigerian asylee and global gay rights and immigration activist Edafe Okporo.

On the eve of Edafe Okporo’s twenty-sixth birthday, he was awoken to a violent mob outside his window in Abuja, Nigeria. The mob threatened his life after discovering the secret Edafe had been hiding for years—that he is a gay man. Left with no other choice, he purchased a one-way plane ticket to New York City and fled for his life. Though America had always been painted to him as a land of freedom and opportunity, it was anything but when he arrived just days before the tumultuous 2016 Presidential Election.

Edafe would go on to spend the next six months at an immigration detention center in Elizabeth, New Jersey. After navigating the confusing, often draconian, US immigration and legal system, he was finally granted asylum. But he would soon realize that America is exceptionally good at keeping people locked up but is seriously lacking in integrating freed refugees into society.

Asylum is Edafe’s eye-opening, thought-provoking memoir and manifesto, which documents his experiences growing up gay in Nigeria, fleeing to America, navigating the immigration system, and making a life for himself as a Black, gay immigrant. Alongside his personal story is a blaring call to action—not only for immigration reform but for a just immigration system for refugees everywhere. This book imagines a future where immigrants and asylees are treated with fairness, transparency, and compassion. It aims to help us understand that home is not just where you feel safe and welcome but also how you can make it feel safe and welcome for others.

Edafe Okporo was born in Warri, Nigeria. He migrated to the United States in 2016 as an asylum seeker and is now a refugee of the United States. Edafe is a global gay rights activist, the founder of Refuge America Inc, and one of the country’s most visible voices on the issue of displacement, leading an organization with a vision to “strengthen as a place of welcome for LGBTQ displaced people.” A graduate of Enugu State University and the school of Business at NYU, he currently lives in New York City. Edafe is among the inaugural winners of the David Prize, which honors individuals with bold visions for creating a better and brighter New York City. He is also a Logo 30 Honoree. He lives in New York City.

Orders placed by May 30, 2022 will be ready for pick up on publication date.

A poignant, moving memoir and urgent call to action for immigration justice by a Nigerian asylee and global gay rights and immigration activist Edafe Okporo.

On the eve of Edafe Okporo’s twenty-sixth birthday, he was awoken to a violent mob outside his window in Abuja, Nigeria.