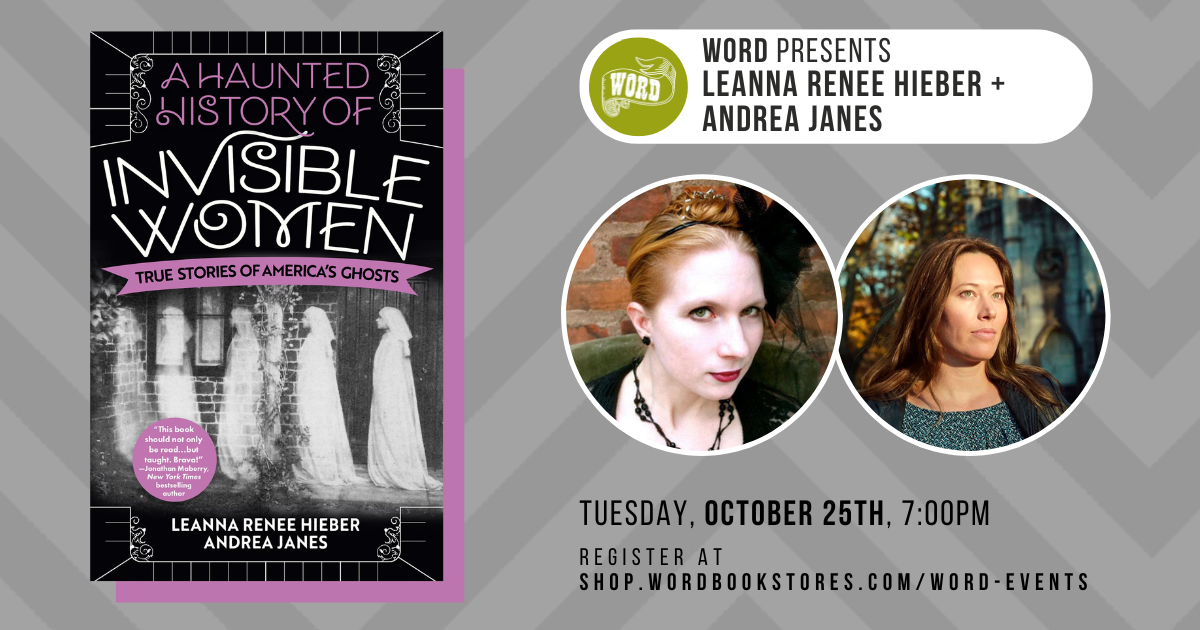 From the notorious Lizzie Borden to the innumerable, haunted rooms of Sarah Winchester's mysterious mansion, this offbeat, insightful, first-ever book of its kind explores the history behind America's female ghosts, the stereotypes, myths, and paranormal tales that swirl around them, what their stories reveal about us -- and why they haunt us...

Sorrowful widows, vengeful jezebels, innocent maidens, wronged lovers, former slaves, even the occasional axe-murderess--America's female ghosts differ widely in background, class, and circumstance. Yet one thing unites them: their ability to instill fascination and fear, long after their deaths. Here are the full stories behind some of the best-known among them, as well as the lesser-known--though no less powerful.

Tales whispered in darkness often divulge more about the teller than the subject. America's most famous female ghosts, from from 'Mrs. Spencer' who haunted Joan Rivers' New York apartment to Bridget Bishop, the first person executed during the Salem witchcraft trials, mirror each era's fears and prejudices. Yet through urban legends and campfire stories, even ghosts like the nameless hard-working women lost in the infamous Triangle Shirtwaist Factory fire --achieve a measure of power and agency in death, in ways unavailable to them as living women.

Riveting for skeptics and believers alike, with humor, curiosity, and expertise, A Haunted History of Invisible Women offers a unique lens on the significant role these ghostly legends play both within the spook-seeking corners of our minds and in the consciousness of a nation.

Leanna Renee Hieber is an award-winning author and paranormal history expert. She’s appeared on film and television on shows including “Mysteries at the Museum” and “Beyond the Unknown.” She’s a three-time Prism Award-winner for her debut novel, The Strangely Beautiful Tale of Miss Percy Parker, and a Daphne Du Maurier Award-finalist for Darker Still. After earning a BFA in Theatre Performance and a focus study in the Victorian Era, she spent many years in the professional regional theatre circuit, skills that serve her well as a speaker and a ghost tour guide for Boroughs of the Dead in New York. Leanna lives in New York, NY and can be found online at: LeannaReneeHieber.com

Andrea Janes is the Founder and owner of Boroughs of the Dead, New York City's premier ghost tour company, which has been featured on NPR.org, The New York Times, Jezebel, TODAY, The Huffington Post, Gothamist, The Travel Channel, CondeNast Traveler, Mashable, and more. Andrea is also the author of the YA novel GLAMOUR and several short horror stories, and a fiction horror novel Boroughs of the Dead, (the inspiration for her company). Visit boroughsofthedead.com.