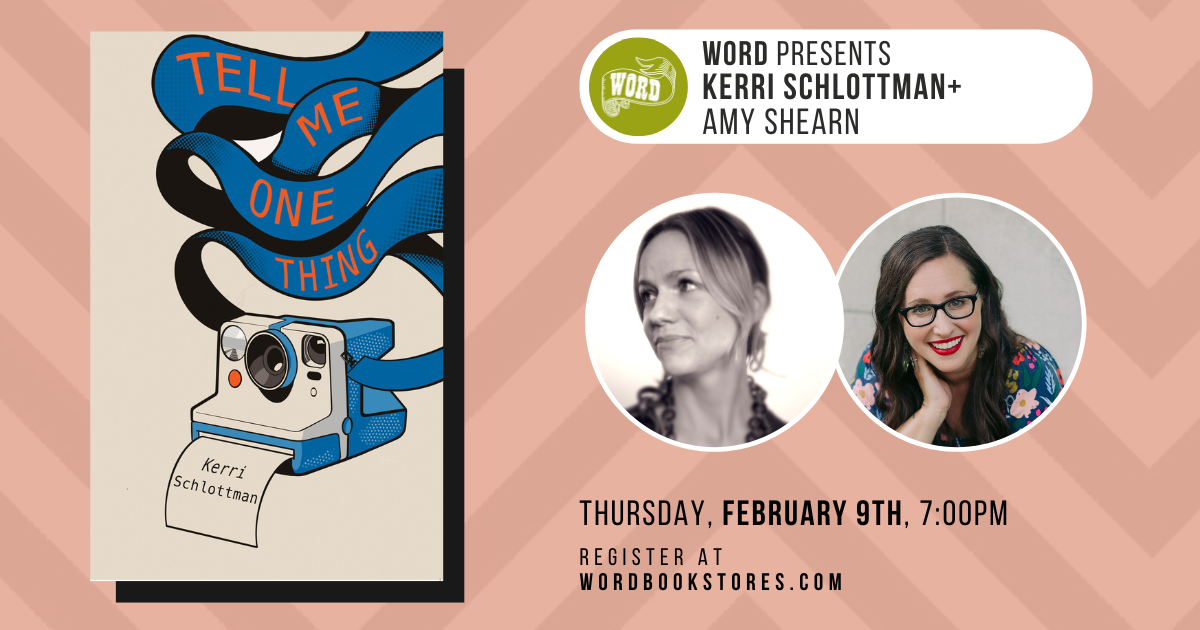 Against the backdrop of a rural Pennsylvania trailer park, and the complicated world of Manhattan during the AIDS epidemic, TELL ME ONE THING spans place and time as it delves into New York City’s free-for-all grittiness while exposing a neglected slice of the struggling rust belt, traversing decades from the 1980s up to present day. At the center of it all is a photograph taken by an ambitious young artist of a 9-year-old girl sitting on the lap of a trucker outside a motel. The photograph becomes famous decades later, prompting the subject to seek out the photographer and find out why she never helped her all those years ago. Tell Me One Thing is an atmospheric debut novel that examines power, privilege, and the sacrifices one is willing to make to succeed.

Kerri Schlottman is a Detroiter turned New Yorker who works to support artists, performers, and writers in creating new projects. Her fiction and essays have appeared in The Dillydoun Review, Belle Ombre, Women Writers Women’s Books, Muse Apprentice Guild, and The Furnace. She placed second in the Dillydoun International Fiction Prize, has been longlisted for the Dzanc Books Prize for Fiction, and was a 2021 University of New Orleans Press Lab Prize semifinalist. You can find her at www.kerrischlottman.com, on Twitter @KerriLeeJC or Instagram  @kerri.schlottman.

Amy Shearn is the award-winning author of the novels Unseen City, The Mermaid of Brooklyn, and How Far Is the Ocean From Here, and the forthcoming Dear Edna Sloane. She has worked as an editor at Medium, JSTOR, Conde Nast, and was the New York fiction editor at Joyland Literary Magazine. Amy's work has appeared in the New York Times Modern Love column, Slate, Poets & Writers, Literary Hub, Catapult, and many other publications. Amy has an MFA from the University of Minnesota, and lives in Brooklyn with her two children. You can find her at amyshearnwrites.com or @amyshearn, or  subscribe to her free newsletter about getting unstuck creatively at amyshearn.substack.com.

Tell Me One Thing (Paperback)

Outside a rural Pennsylvania motel, nine-year-old Lulu smokes a cigarette while sitting on the lap of a trucker. Recent art grad Quinn is passing through town and captures it. The photograph, later titled “Lulu & the Trucker,” launches Quinn’s career, escalating her from a starving artist to a renowned photographer.