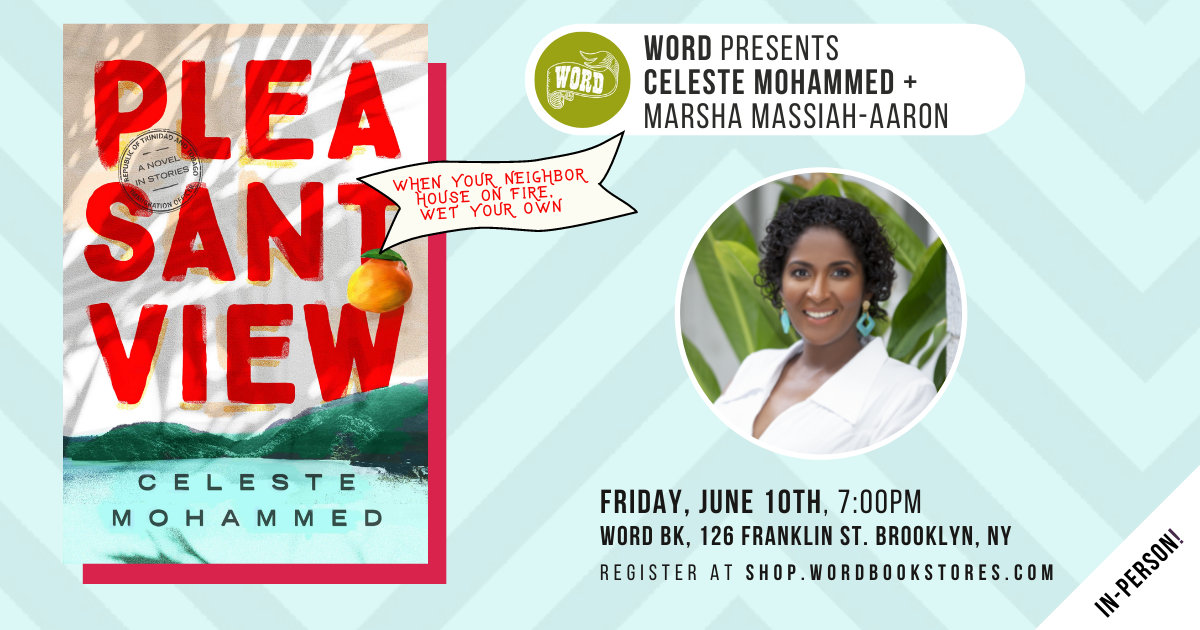 When your neighbor house on fire, wet your own

Coconut trees. Carnival. Rum and coke. To many outsiders, these idyllic images represent the supposed easy life in Caribbean nations such as Trinidad and Tobago. However, the reality is far different for those who live there—a society where poverty and patriarchy savagely rule, and where love and revenge often go hand in hand.

Written in a combination of English and Trinidad Creole, Pleasantview reveals the dark side of the Caribbean dream. In this novel-in-stories about a fictional town in Trinidad, we meet a political candidate who sets out to slaughter endangered turtles for fun, while his rival candidate beats his “outside-woman,” so badly she ends up losing their baby. On the night of a political rally, the abused woman exacts a very public revenge, the trajectory of which echoes through Pleasantview, ending with one boy introducing another boy to a gun and to an ideology which will help him aim the weapon.

Merging the beauty and brutality of Trinidadian culture evoked by writers such as Ingrid Persaud and Claire Adam with the linguistic experimentation of Marlon James’s A Brief History of Seven Killings, Pleasantview is a landmark work from an important new voice in international literary fiction.

Celeste Mohammed’s work has appeared in The New England Review, Litmag, Epiphany, and The Rumpus, among other places. Several of the stories in Pleasantview have won awards, including the 2018 PEN/Robert J. Dau Short Story Prize for Emerging Writers, the 2019 Virginia Woolf Award for Short Fiction, and the 2017 John D Gardner Memorial Prize for Fiction. A native of Trinidad and Tobago, Celeste graduated from Lesley University with an MFA in Creative Writing. She currently resides in Trinidad with her family.

About Conversation Partner
After almost two decades in events planning and management, Marsha Massiah-Aaron migrated to her passions to its happy place: the intersection of Caribbean stories, culture and history.
The BCLF was born out of her fiery devotion to her heritage and the need to promote the islands to which she is eternally indebted. Yearly, she mirrors Explainer’s Lorraine and leaves NY and her career as an instructional designer in healthcare behind. She dons wings and flies south to play ah Mas in the greatest festival on Earth - although she despises drinking rum.
She is a proud honors graduate of the University of the West Indies, lists a 3-day stint in a roti shop among her wealth of work experience, and is obsessed with proving that one can indeed, with exercise, outwork a steady diet of cake and pone.

Winner of the 2022 CLMP Firecracker Award for Fiction

Winner of the 2022 OCM Bocas Prize for Caribbean Literature

RSVP below for WORD Presents Celeste Mohammed, author of PLEASANTVIEW in conversation with Marsha Massiah-Aaron on Friday, May 10, 2022 at 7PM