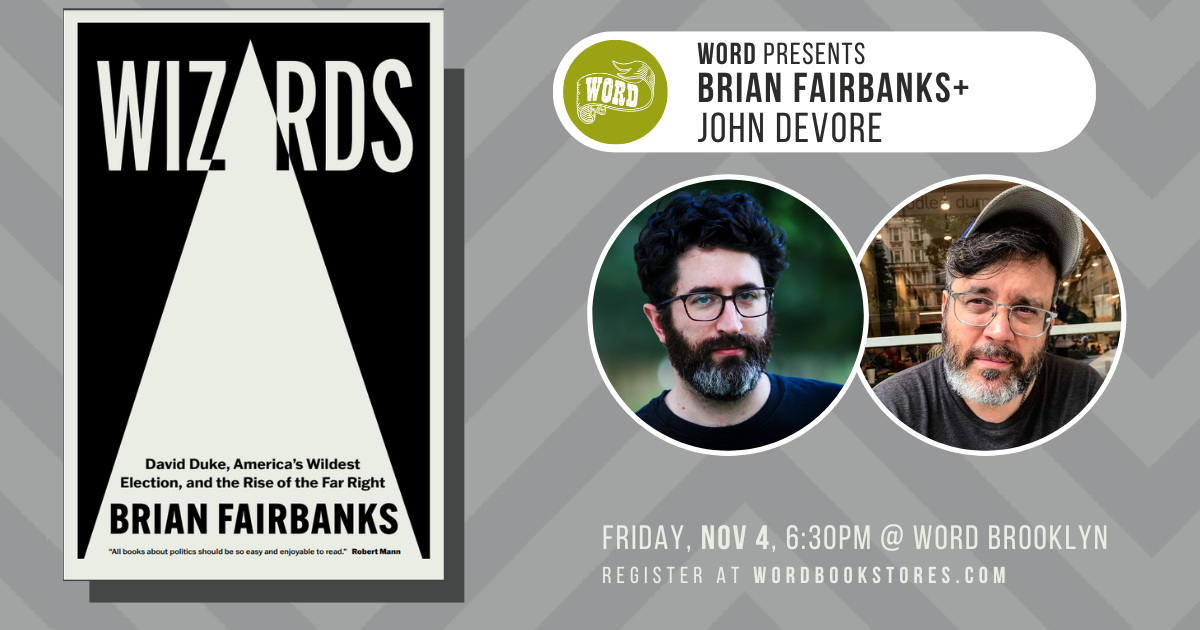 The Democrat, hounded by corruption allegations; the Republican, dogged by business failures and ties to white supremacists.

The Republican turned out thousands of screaming supporters for speeches blaming illegal immigrants and crime on the Democrats, and the Democrat plummeted in the polls.

The '91 Louisiana Governor's race was supposed to be forgettable. But when former KKK Grand Wizard David Duke shocked the nation by ousting incumbent Republican Governor Buddy Roemer in the primary, the world took notice. Democrat Edwin Edwards, a former three-term governor and two-time corruption defendant, was left alone to face Duke in the general election—and he was going to lose.

Then a little-known state committeewoman stepped in with evidence of Duke's nefarious past. Could her evidence be enough to sway the minds of fired-up voters, or would Louisiana welcome a far-right radical into the highest office in the state?

Journalist Brian Fairbanks explores how the final showdown between Duke and Edwards in November 1991 led to a major shift in our national politics, as well as the rise of the radical right and white supremacist groups, and how history repeated itself in the 2016 presidential election. The story of these political "wizards," almost forgotten by history, remains eerily prescient and disturbingly relevant, and a compulsive page-turner.

Brian Fairbanks got his break as a writer at the age of 15, talking himself into a staff writer position at the Hartford Courant, America’s oldest newspaper. After serving as a protege to bestselling historians Stephen Ambrose and Douglas Brinkley at the Eisenhower Center in New Orleans, and working with them on books by or about Hunter S. Thompson, the NAACP, WWII, Jack Kerouac, and the Mississippi River, he broke out on his own as a reporter, and has written for many major media outlets, including the Guardian, Business Insider, Mic, Nerve, and both the New York Press and Observer, and was Gawker’s first investigative reporter while at their Consumerist site.

He previously collaborated on the activist primer Beautiful Trouble: A Toolbox For Revolution (OR Books) and co-authored a book of hipster baby names for Babble/Disney, hi, my name is (Chronicle Books). Beautiful Trouble was successful enough that it spawned a grassroots political movement that includes in-person activist trainings and a card game. Wizards: David Duke, The Rise of the Far Right, and America's Wildest Election (Vanderbilt University Press, 10/15/22) is his first book with his own name on the cover.

John DeVore is a writer living in New York City. His work has appeared in Esquire, GQ, and The New York Observer. He is the winner of two James Beard literary awards for an essay about Taco Bell and growing up biracial. John created the culture blog Humungus.

A surging Republican populist. The Democrat, hounded by corruption allegations; the Republican, dogged by business failures and ties to white supremacists. The Republican turned out thousands of screaming supporters for speeches blaming illegal immigrants and crime on the Democrats, and the Democrat plummeted in the polls.