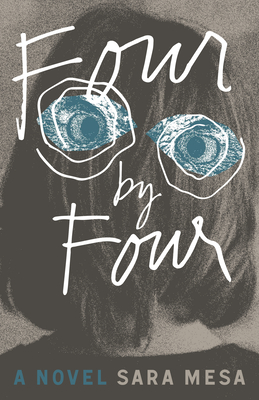 "In Four by Four, Mesa's sentences are clear as glass, but when you look through you will be terrified by what you see."--Laura van den Berg, author of The Third Hotel

Set entirely at Wybrany College--a school where the wealthy keep their kids safe from the chaos erupting in the cities--Four by Four is a novel of insinuation and gossip, in which the truth about Wybrany's "program" is always palpable, but never explicit. The mysteries populating the novel open with the disappearance of one of the "special," scholarship students. As the first part unfolds, it becomes clear that all is not well in Wybrany, and that something more sordid lurks beneath the surface.

In the second part--a diary written by an imposter who has infiltrated the school as a substitute teacher--the eerie sense of what's happening in this space removed from society, becomes even more acute and sinister.

An exploration of the relationship between the powerful and powerless--and the repetition of these patterns--Mesa's "sophisticated nightmare" calls to mind great works of gothic literature (think Shirley Jackson) and social thrillers to create a unique, unsettling view of freedom and how a fear of the outside world can create monsters.