All the Tales We Tell (Paperback) 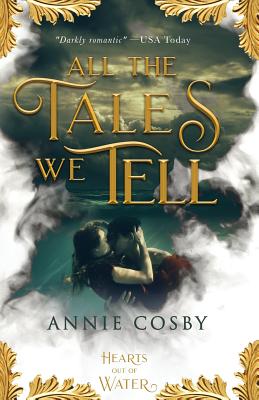 "A darkly romantic beginning to what promises to be an unusual contemporary YA fantasy series." --USA Today

She's filthy rich. He's not. It'll take patience, an old woman who thinks she's a selkie, and one salty-sweet summer on the beach to make them realize what's between them.

When Cora's mother whisks the family away for the summer, Cora must decide between forging her future in the glimmering world of second homes where her parents belong, or getting lost in the enchanting world of the locals and the mystery surrounding a lonely old woman who claims to be a selkie--and who probably needs Cora more than anyone else.

Through the fantastical tales and anguished memories of the batty Mrs. O'Leary, as well as the company of a particularly gorgeous local boy called Ronan, Cora finds an escape from the reality of planning her life after high school. But will it come at the cost of alienating Cora's mother, who struggles with her own tragic memories?

As the summer wanes, it becomes apparent that Mrs. O'Leary is desperate to leave Oyster Beach. And Ronan just may hold the answer to her tragic past--and Cora's future.

ALL THE TALES WE TELL is a sweet YA contemporary romance with a dash of Celtic magic. If you like classic boy-meets-girl stories and blurring the line between fantasy and reality, then you'll love Annie Cosby's magical tale of first love riddled with mythical mysteries.