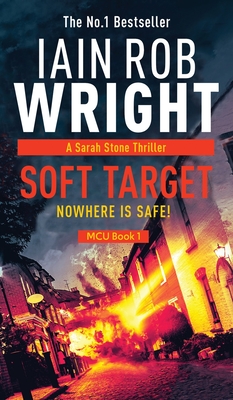 When an elderly suicide bomber strikes a quiet English village, a once proud nation is brought to its knees. Yet this first attack is just the start of something far greater and much much worse. The days to follow will determine if the United Kingdom has a future, or if it will be reduced to anarchy and ashes.

Only one person has a chance to halt the impending terror attacks: damaged ex-solider, Captain Sarah Stone. Sarah despises her own country for what it did to her, and that's what makes it so hard when she is forced to save it, but when an old enemy takes credit for the attacks, her thirst for vengeance forces her to take action.

SOFT TARGET is the first in a series of books featuring acerbic heroine Captain Sarah Stone and the Major Crimes Unit. It is a non-stop action thriller in the same style of Jack Reacher, Tom Clancy, and 24.