I, Eric Ngalle: One Man’s Journey Crossing Continents from Africa to Europe (Paperback) 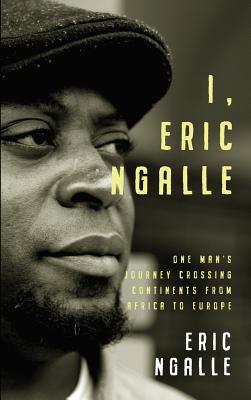 Eric Ngalle thought he was leaving Cameroon for a better life... Instead of arriving in Belgium to study for a degree in economics he ended up in one of the last countries he would have chosen to visit—Russia. Having seen his passport stolen, Eric endured nearly two years battling a hostile environment as an illegal immigrant while struggling with the betrayal that tore his family apart and prompted his exit. This painfully honest and often brutal account of being trapped in a subculture of deceit and crime gives a rare glimpse behind the headlines of a global concern.

Eric Ngalle was born in Cameroon. After nearly a decade seeking sanctuary as a refugee, he eventually reached south Wales, where he studied modern history and popular culture at Cardiff Metropolitan University. In addition to being featured at Hay Festival and BBC, Eric earned a place to start an MA in creative writing at Cardiff University.