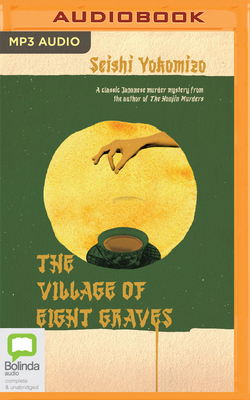 By Seishi Yokomizo, Akira Matsumoto (Read by), Bryan Karetnyk (Translator)
$29.99
Out of Stock - Not Available

Translated into English for the first time.

Nestled deep in the mist-shrouded mountains, The Village of Eight Graves takes its name from a bloody legend: in the Sixteenth Century eight samurais, who had taken refuge there along with a secret treasure, were murdered by the inhabitants, bringing a terrible curse down upon their village.