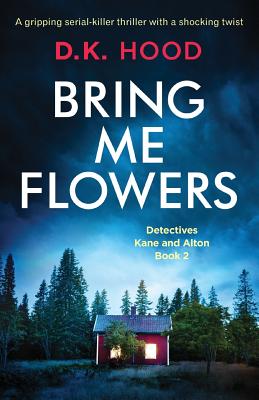 This is book number 2 in the Detectives Kane and Alton series.

She didn't know he was watching. Until it was too late.

She'd walked this path hundreds of times before, she knew every twist and turn. But today was different. She didn't know someone was waiting for her, hidden away from view. She didn't know this was the last time she'd walk this path.

Hidden deep in the forest, schoolgirl Felicity Parker is found carefully laid out on a rock with nothing but a freshly picked bunch of flowers next to her lifeless form. Detective Jenna Alton is called in to investigate the gruesome discovery.

With the body found just off a popular hiking route, Jenna believes the killer is a visitor to the town... until a second local girl is discovered.

Within days, Kate Bright, a school friend of Felicity's, is found brutally murdered at the local swimming pool and once again, the killer has displayed his victim in a terrifying manner and left flowers at the scene.

The town is gripped with fear and Jenna and her deputy, David Kane, now know that the killer is living amongst them, and that he's picking off school girls one by one. But they don't know who is next on the list.

As the trail goes cold, Kane and Alton are forced to sit and wait for the killer to make his next move. But now he has a new victim in his sights, and he's looking much closer to home ...