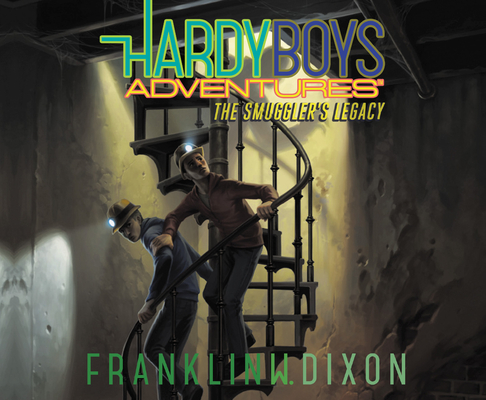 This is book number 25 in the Hardy Boys Adventures series.

A buried secret becomes a big problem for Frank and Joe in the twenty-fifth book in the thrilling Hardy Boys Adventures series.

Frank and Joe are on a history club trip to New York City, and their first stop is the Prohibition Museum where they’ll hear about how smugglers building getaway vehicles led to the rise of modern stock car racing. During a tour of damp escape tunnels beneath the museum, Frank slips and breaks a wall panel with his elbow, revealing a hidden compartment containing documents from the 1920s!

The documents reveal that The Gilded Top Hat—the speakeasy which later became the Prohibition Museum—wasn’t actually owned by the Faccini brothers who were arrested for its bootlegging operations. The museum curator is eager to investigate this lead into the speakeasy’s history, and never ones to turn down a good case, Frank and Joe volunteer to help out. But before long, someone steals the documents and sends the boys warnings to stop digging into the past. Can Frank and Joe uncover the truth before it’s buried for another hundred years—and the boys along with it?

Franklin W. Dixon is the author of the ever-popular Hardy Boys books.