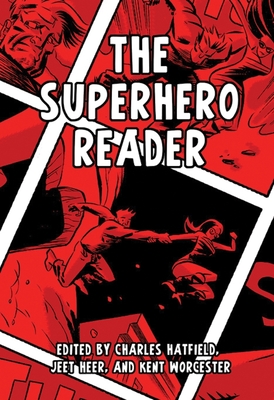 By Charles Hatfield (Editor), Jeet Heer (Editor), Kent Worcester (Editor)
This item is currently unavailable and can not be ordered.

Despite their commercial appeal and cross-media reach, superheroes are only recently starting to attract sustained scholarly attention. This groundbreaking collection brings together essays and book excerpts by major writers on comics and popular culture.

While superhero comics are a distinct and sometimes disdained branch of comics creation, they are integral to the development of the North American comic book and the history of the medium. For the past half-century they have also been the one overwhelmingly dominant market genre. The sheer volume of superhero comics that have been published over the years is staggering. Major superhero universes constitute one of the most expansive storytelling canvases ever fashioned. Moreover, characters inhabiting these fictional universes are immensely influential, having achieved iconic recognition around the globe. Their images and adventures have shaped many other media, such as film, video games, and even prose fiction.

The primary aim of this reader is twofold: first, to collect in a single volume a sampling of the most sophisticated commentary on superheroes, and second, to bring into sharper focus the ways in which superheroes connect with larger social, cultural, literary, aesthetic, and historical themes that are of interest to a great many readers both in the academy and beyond.