The Case of the Late Pig: An Albert Campion Mystery (MP3 CD) 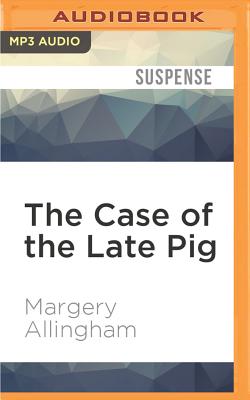 This is book number 8 in the Albert Campion series.

Albert Campion is summoned to the village of Kepesake to investigate a particularly distasteful death. The body turns out to be that of Pig Peters, freshly killed five months after his own funeral.

Soon other corpses start to turn up, just as Peter's body goes missing. It takes all Campion's coolly incisive powers of detection to unravel the crime.

Margery Allingham was a prolific writer who sold her first story at age eight and published her first novel before turning 20. Allingham went on to become one of the preeminent writers who helped bring the detective story to maturity in the 1920s and 1930s.