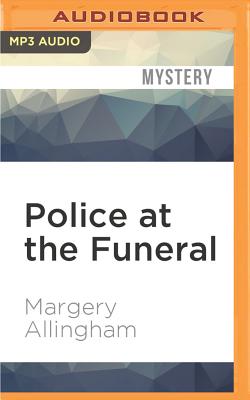 This is book number 4 in the Albert Campion series.

When Albert Campion is called in by the fiancee of an old college friend to investigate the disappearance of her uncle, he little expects the mysterious spate of death and dangers that follows among the bizarre inhabitants of Socrates Close, Cambridge. He and Stanislaus Oates must tread carefully, and battle some complex family dynamics, to solve the case.

Author Margery Allingham was born in London in 1904. Her first novel was published when she was seventeen. In 1929 she published The Crime at Black Dudley and introduced the character who was to become the hallmark of her writing--Albert Campion