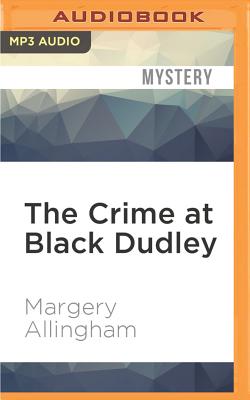 This is book number 1 in the Albert Campion series.

When George Abbershaw is invited to Black Dudley Manor for the weekend, he has only one thing on his mind--proposing to Meggie Oliphant. Unfortunately for George, things don't quite go according to plan. A harmless game turns decidedly deadly and suspicions of murder take precedence over matrimony. Trapped in a remote country house with a murderer, George can see no way out. But Albert Campion can.

About the author: Margery Allingham was born in London in 1904. Her first novel was published when she was 17. In 1929 she published The Crime at Black Dudley and introduced the character who was to become the hallmark of her writing--Albert Campion.