In Searching For Keisha Brown (Paperback) 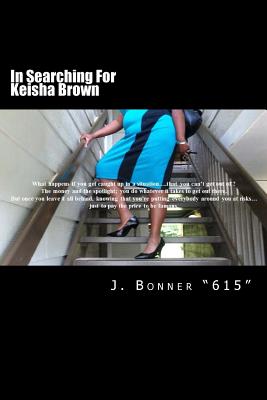 FICTION "There I was standing in the middle of this drama while looking for this woman who up and disappear. She left a note behind which it didn't tell me nothing....but it turns out to be something. " Private Investigator Paul Hopkins is investigating a case of super model Keisha Brown who up and disappear after she was invalid in a scandal between the mob and her agent who turn out to be a pimp. Her so-call best friend Regina came to Paul for his help, but it's was Walter who found the letter and the last place Keisha was at. Something doesn't add up with Paul as he trying to piece this case. With his partners JB the bail bondsman, Big Guy the probation office along with Pamela the assistant, Det. Harris, and Poncho the informant, they are solving the mystery and disappearing case of Keisha Brown. Will they going to find her alive and able to save Keisha from the drama she gotten herself into, or will it be a tragic ending for a super model who putting everybody at risk...for the price of fame?