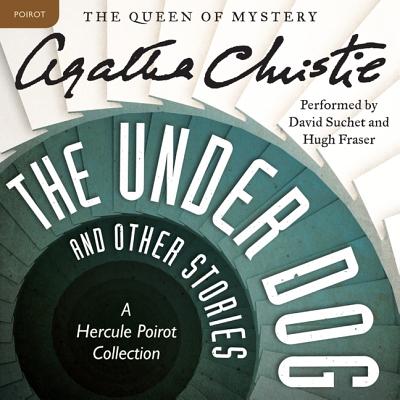 By Agatha Christie, David Suchet (Read by), Hugh Fraser (Read by)
$49.99
Out of Stock - Not Available

This is book number 1926 in the Hercule Poirot Mysteries (Audio) series.

A dead heiress on a train, a murdered recluse, a wealthy playboy slain at a costume ball are but a few of the unfortunate victims of confounding crimes committed in the pages of Agatha Christie's The Under Dog and Other Stories, a superior collection of short mystery fiction all featuring Hercule Poirot as the investigator.

A beautiful heiress has been found dead on a train. A playboy has been stabbed through the heart during a costume ball. An elderly woman suspects that she is being slowly poisoned to death. A prince fears for his reputation when his fianc e is embroiled in another man's murder. A forgotten recluse makes headlines after he is shot in the head.

Who but Agatha Christie could concoct such canny crimes? Who but Belgian detective Hercule Poirot could possibly solve them? It's a challenge to be met--in a triumph of detection.