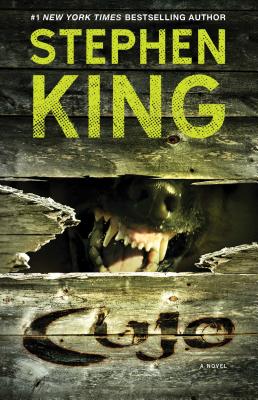 The #1 New York Times bestseller, Cujo “hits the jugular” (The New York Times) with the story of a friendly Saint Bernard that is bitten by a bat. Get ready to meet the most hideous menace ever to terrorize the town of Castle Rock, Maine.

Outside a peaceful town in central Maine, a monster is waiting. Cujo is a two-hundred-pound Saint Bernard, the best friend Brett Camber has ever had. One day, Cujo chases a rabbit into a cave inhabited by sick bats and emerges as something new altogether.

Meanwhile, Vic and Donna Trenton, and their young son Tad, move to Maine. They are seeking peace and quiet, but life in this small town is not what it seems. As Tad tries to fend off the terror that comes to him at night from his bedroom closet, and as Vic and Donna face their own nightmare of a marriage on the rocks, there is no way they can know that a monster, infinitely sinister, waits in the daylight.

What happens to Cujo, how he becomes a horrifying vortex inescapably drawing in all the people around him, makes for one of the most heart-stopping novels Stephen King has ever written. “A genuine page-turner that grabs you and holds you and won’t let go” (Chattanooga Times), Cujo will forever change how you view man’s best friend.