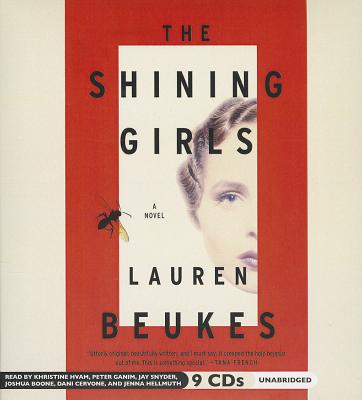 By Lauren Beukes, Khristine Hvam (Read by), Peter Ganim (Read by)
$34.99
Out of Stock - Not Available

The girl who wouldn't die hunts the killer who shouldn't exist."The future is not as loud as war, but it is relentless. It has a terrible fury all its own."Harper Curtis is a killer who stepped out of the past. Kirby Mazrachi is the girl who was never meant to have a future.Kirby is the last shining girl, one of the bright young women burning with potential whose lives Harper is destined to snuff out after he stumbles on a house in Depression-era Chicago that opens onto other times.At the urging of the house, Harper inserts himself into the lives of the shining girls, waiting for the perfect moment to strike. He's the ultimate hunter, vanishing into another time after each murder, untraceable--until one of his victims survives.Determined to bring her would-be killer to justice, Kirby joins the Chicago Sun-Times to work with the ex-homicide reporter who covered her case, Dan Velasquez. Soon Kirby finds herself closing in on the impossible truth.The Shining Girls is a masterful twist on the serial killer tale, a violent quantum leap featuring a memorable and appealing heroine in pursuit of a deadly criminal.

Lauren Beukes is the author of the acclaimed novels "Moxyland" and "Zoo City." She is a recipient of the Arthur C. Clarke Award, finished runner-up to Lev Grossman for the John W. Campbell Award, was shortlisted for a plethora of other awards and received rave reviews from around the world including "The New York Times" and "The Guardian." She lives in Cape Town, South Africa with her husband and her daughter.