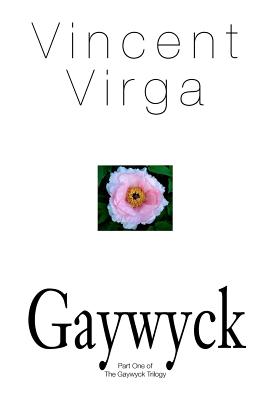 By Vincent Virga
$17.95
Available from our distributor; usually Ships in 1-5 Days

Gaywyck is the first gay Gothic novel. Long out of print, this classic proved that genre knows no gender. Young, innocent Robert Whyte enters a Jane-Eyre world of secrets and deceptions when he is hired to catalog the vast library at Gaywyck, a mysterious ancestral mansion on Long Island, where he falls in love with its handsome and melancholy owner, Donough Gaylord. Robert's unconditional love is challenged by hidden evil lurking in the shadowy past crammed with dark sexual secrets sowing murder, blackmail, and mayhem in the great romantic tradition. As Armisted Maupin urged, "Read the son of a bitch You'll love it " And as The Advocate praised, "An extraordinary tour de force that merits special praise." Angus Wilson agreed, "I enjoyed Gaywyck very much. To me a fascinating mixture of Wilde, the Gothic and, above all, the souls laid to rest in New York.

Vincent Virga is the author of six novels: The Gaywyck Trilogy-Gaywyck, Vadriel Vail, and Children of Paradise--Herald Angel, Early Ripe, and A Comfortable Corner, all to be published in ViVa Editions with BookSurge. Critically acclaimed for Cartographia: Mapping Civilization, he has also co-authored with the Library of Congress Eyes of the Nation: A Visual History of the United States (with Alan Brinkley), and The American Civil War: 365 Days (with Margaret Wagner and Gary Gallagher). He has been hailed as "America's foremost picture editor" for having researched, edited, captioned, and designed nearly 150 picture sections in books by authors including John Wayne, Jane Fonda, Arianna Huffington, Hillary Clinton, and Bill Clinton. He also edited Forcing Nature: Trees in Los Angeles, photographs by George Haas for Vincent Virga Editions. His latest book is Civil War Sketch Book with Harry Katz. He is also the U.S. Representative of the Jackie Clarke Collection in Ballina, Mayo, Ireland, where he spends his summers.