Payback: The Return of C.R.E.A.M. (Paperback) 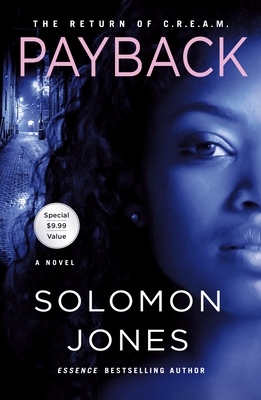 Karima "C.R.E.A.M." Thomas, who has been held as an accomplice in the murders of two drug dealers, is acquitted based on the deathbed confession of her lover, Duane Faison. But triumph soon turns to tragedy when Karima's mother is found dead of an apparent suicide. Karima refuses to believe that things are as they seem. She believes that her mother was murdered, and when the police won't listen, she takes matters into her own hands. She soon finds that her mother's death is just the first indication of a scandal that could rock the very halls of power. Captain Kevin Lynch joins Karima in the search for the truth, despite his family and career on the line.

Solomon Jones is an Essence bestselling author. He has written novels including The Dead Man's Wife and The Gravedigger's Ball, and is an award-winning columnist whose journalistic works have been published in Essence and the Philadelphia Daily News. He lives in Philadelphia with his family and is currently at work on his next novel.