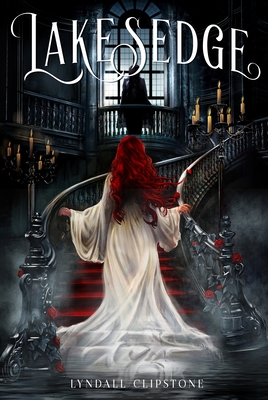 A lush, gothic fantasy from debut author Lyndall Clipstone about monsters and magic, set on the banks of a cursed lake, perfect for fans of Naomi Novik and Brigid Kemmerer.

When Violeta Graceling and her younger brother Arien arrive at the haunted Lakesedge estate, they expect to find a monster. Leta knows the terrifying rumors about Rowan Sylvanan, who drowned his entire family when he was a boy. But neither the estate nor the monster are what they seem.

As Leta falls for Rowan, she discovers he is bound to the Lord Under, the sinister death god lurking in the black waters of the lake. A creature to whom Leta is inexplicably drawn… Now, to save Rowan—and herself—Leta must confront the darkness in her past, including unraveling the mystery of her connection to the Lord Under.

Lyndall Clipstone writes about monsters and the girls who like to kiss them. A former youth librarian who grew up running wild in the Barossa Ranges of South Australia, she currently lives in Adelaide, where she tends her own indoor secret garden. She has a Bachelors in Creative Writing and a Graduate Diploma in Library and Information Management. Lakesedge is her debut novel.

“Bloody, sumptuous, and as timeless as a fairy tale.” —April Genevieve Tucholke, author of The Boneless Mercies

"A shadow-drenched fairytale that readers will happily devour. Lyndall Clipstone's lush prose lends itself to a world both dark and elegant, brimming with monsters and a young woman brave enough to face them." —Emily Lloyd-Jones, author of The Bone Houses

“Lakesedge is an intense tale of mystery and magic that will have lovers of gothic romance eager for the next installment.” —Juliet Marillier, author of the Blackthorn & Grim and Warrior Bards series

"This tasty morsel of a book is full of dark waters, family curses, summer bonfires, lakeside summoning rituals, weary boys with monsters inside them, and gods of death who don't play fair. A strong, lyrical debut from a rising star to watch." —S.T. Gibson, author of A Dowry of Blood

"Reminiscent of the romantically gothic atmosphere of the Phantom of the Opera." —Dawn Kurtagich, author of And the Trees Crept In and The Dead House