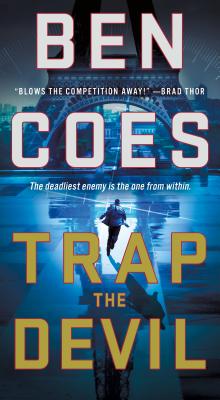 This is book number 7 in the A Dewey Andreas Novel series.

Some of the most powerful people in the government, military, and private sector are planning to take over the reins of the White House—and populate it with their own sympathizers and puppets. They’ve already taken out the Speaker of the House, whose death was made to look like an accident. The president and VP are next in line. . .

“Intense and gripping...Coes’ name should be on the lips of every reader who enjoys Vince Flynn and the Brads (Taylor and Thor).”—Booklist (starred review)

On restricted duty while he recovers from injuries incurred on a previous mission, Dewey Andreas is sent to Paris by the director of the CIA to accompany the Secretary of State. But what should have been a simple security job turns into a nightmare when the Secretary is taken out by a hitman—and the blame falls on Dewey himself. Now Dewey is on the run and out in the cold, desperately trying to unravel a plot back at home and a secret enemy at his heels before the conspirators succeed in their sinister agenda. . .and kill millions of innocent citizens in the process.

“Read Trap the Devil and see why readers who are in-the-know consider Ben Coes the contemporary master of thriller authors.”—Bookreporter