An Inventory of Losses (Paperback) 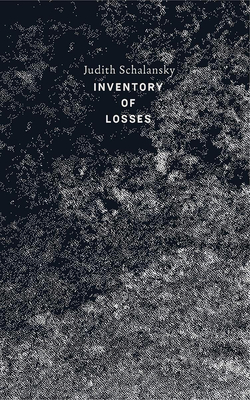 A Publishers Weekly Best Book of the Year

A Financial Times Best Book of the Year

Winner of the Warwick Prize

Longlisted for the International Booker Prize

Each disparate object described in this book—a Caspar David Friedrich painting, a species of tiger, a villa in Rome, a Greek love poem, an island in the Pacific—shares a common fate: it no longer exists, except as the dead end of a paper trail. Recalling the works of W. G. Sebald, Bruce Chatwin, or Rebecca Solnit, An Inventory of Losses is a beautiful evocation of twelve specific treasures that have been lost to the world forever, and, taken as a whole, opens mesmerizing new vistas of how we can think about extinction and loss.

With meticulous research and a vivid awareness of why we should care about these losses, Judith Schalansky, the acclaimed author of Atlas of Remote Islands, lets these objects speak for themselves: she ventriloquizes the tone of other sources, burrows into the language of contemporaneous accounts, and deeply interrogates the very notion of memory.

Judith Schalansky, born in Greifswald in 1980, lives in Berlin and works as a writer, book designer, and editor (of the prestigious natural history list at Matthes und Seitz). Her books, including the international bestseller Atlas of Remote Islands and the novel The Giraffe’s Neck, have been translated into more than twenty languages.

Jackie Smith is a literary translator working from German and French into English. After graduating from Cambridge University she worked as a commercial translator before dedicating herself full-time to creative and book translations. In 2015 she was selected to participate in the New Books in German ‘Emerging Translators Programme’. Her translation of an excerpt from Hans Platzgumer’s novel Am Rand (On the Edge) won the Austrian Cultural Forum London Translation Prize 2017.

There are essays of wry wisdom...Jackie Smith’s translation shimmers, various as the damselflies.
— 4Columns

It is hard to imagine a better guide to the resources of hope than Schalansky’s deeply engaging inventory.
— Michael Cronin - Irish Times

Twelve fictional essays comprise this stunning work depicting animals, places, objects, and buildings that are lost forever... Not to be read quickly but savored and contemplated.
— Library Journal (starred)

Schalansky treats each of the 12 objects cataloged in her new book with an almost religious awe, like a believer giving herself up to be inhabited by spirits.
— Los Angeles Review of Books

Schalansky cements her reputation as a peerless chronicler of the fabulous, the faraway, and the forgotten.
— Publishers Weekly (starred)

In rich, evocative, precise prose—beautifully translated from the German by Jackie Smith—Schalansky recalls these lost things and meditates on their destruction, all the while interrogating the extent to which memory—or writing—can compensate for material loss.
— Francesa Wade - The Baffler

A fine example of everyone’s favourite genre: the genre-defying book, inspired by history, filtered through imagination and finished with a jeweller’s eye for detail.
— John Self - The Guardian

In each case Schalansky has alighted on fascinating material, and her delicately poetic turn of phrase is evident on every page.
— The Telegraph

Instead of a requiem for what is gone, Schalansky sings a dirge for what remains.
— The White Review

The translation from the German by Jackie Smith…is a triumph of subtle accuracy.
— Wall Street Journal

An exploration of extinct animals and objects told through dazzling stories that question the bounds of memory and myth.
— Kirkus (starred)

The most wondrous
book of the year: by taking the vanished and turning it into a great piece of
literature, the author has performed a magical act.
— Die Zeit

A celebration of what can still be accomplished with imagination, paper. and ink.
— Anthony Doerr

Exquisite. Like the hero of Joris-Karl Huysmans’s novel A Rebours, who sets off for London from Paris but realizes he need go no further than the Gare du Nord, Schalansky decides to make a virtue of absence.

Disappearance may be a forlorn theme, but it has rarely been granted such reverent contemplation, or been made to feel so powerfully tangible.
— Sam Sacks - Wall Street Journal

Judith Schalansky’s An Inventory of Losses and Maria Stepanova’s In Memory of Memory are both trying to pin down echoes and build from dust.