The Mage of Trelian (Hardcover) 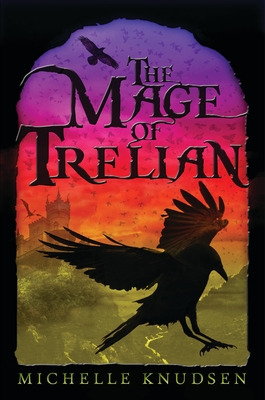 By Michelle Knudsen
$17.99
Out of Stock - Not Available

This is book number 3 in the Trelian series.

Dragon fire, dark magic, and the bonds of friendship clash in a thrilling finale to the middle-grade fantasy trilogy by best-selling author Michelle Knudsen.

Apprentice mage Calen shocked everyone when he disappeared—apparently willingly—with Krelig, the incredibly powerful and evil mage intent on destroying the Magistatum and forcing the world to submit to his rule. Krelig believes Calen’s untapped magical power will be the key to his victory, and is training him to unlock his full potential. Calen is desperate to escape, but knows he must first learn as much as he can if there is to be any hope of defeating Krelig. Meanwhile, Trelian is at war, and Princess Meg has been training with her dragon to fight the enemy forces. She refuses to accept that her best friend, Calen, could really be a traitor, but she might be the only one. As the mages prepare for their own deadly battle, Calen must find a way to get back to Trelian to stop Krelig before it’s too late—if those he left behind will forgive and trust him enough to let him come home at all.

Michelle Knudsen is the author of the middle-grade fantasy novels The Dragon of Trelian and The Princess of Trelian as well as the young adult novel Evil Librarian. She is also the author of the best-selling picture book Library Lion, illustrated by Kevin Hawkes, among many others. She lives in Brooklyn, New York.

An exemplary middle-grade fantasy trilogy concludes with a blast...The pacing races smoothly through increasingly dire events, right up to a suitably thrilling climax, into a denouement that, if not unrealistically blissful, exactly suits their personalities and desires. A solid, satisfying genre performance.
—Kirkus Reviews

Begun in 2009 with The Dragon of Trelian, this excellent fantasy trilogy finally receives a worthy ending...Humorous moments lighten the overall tone, and despite dark, scary situations, this is a reassuring read in which the characters survive trauma and find their true purpose with love and support.
—Booklist Online

In this Harry Potter meets Game of Thrones mash-up, middle school students will enjoy reading about the magical spells and brutality inflicted on Calen and other mages while being held captive. Alternating chapters feature Meg as she matures and begins to speak up for herself as she and her dragon, Jakl, become key players in her kingdom’s army. Meg learns that moving forward is often for the best and a necessary part of growing up. The story could stand on its own, although it did make me want to search out the first two books to discover how Calen ended up in Krelig’s hands, what he’d done to betray Meg, and how Meg acquired her dragon.
—School Library Connection