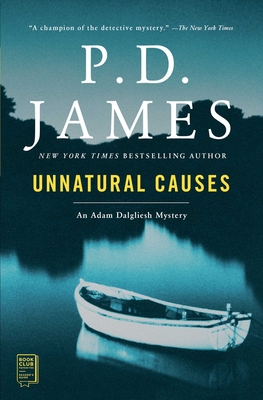 This is book number 3 in the Adam Dalgliesh Mystery series.

Maurice Seton was a famous mystery writer—but no murder he ever invented was more grisly than his own death. When his corpse is found in a drifting dinghy with both hands chopped off at the wrists, ripples of horror spread among his bizarre circle of friends. Now it’s up to brilliant Scotland Yard inspector, Adam Dalgliesh, and his extraordinary aunt to uncover the shocking truth behind the writer’s death sentence, before the plot takes another murderous turn.

"The reigning mistress of murder."
— Time