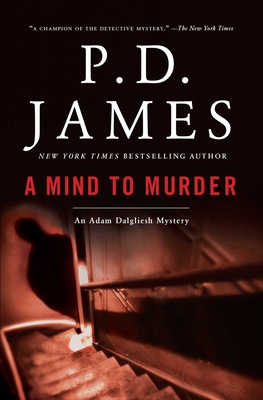 This is book number 2 in the Adam Dalgliesh Mystery series.

On the surface, the Steen Psychiatric Clinic is one of the most reputable institutions in London. But when the administrative head is found dead with a chisel in her heart, that distinguished facade begins to crumble as the truth emerges. Superintendent Adam Dalgliesh of Scotland Yard is called in to investigate and quickly finds himself caught in a whirlwind of psychiatry, drugs, and deceit. Now he must analyze the deep-seated anxieties and thwarted desires of patients and staff alike to determine which of their unresolved conflicts has resulted in murder and stop a cunning killer before the next blow.