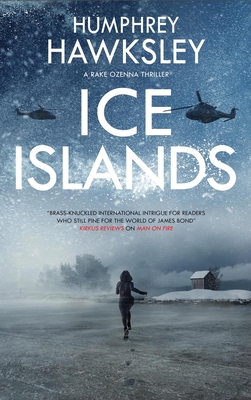 On an inhospitable frozen island, Rake Ozenna must gain the trust of a young woman fleeing a Japanese crime empire and caught in the crosshairs of the Russian government.

But when the secret son of the Russian leader is executed and Rake's target, Sara Kato, is implicated in the murder, a political crisis between Russia, Japan and the US is set in motion.

As Rake learns the true extent of their deadly plans, he must draw on every ounce of his training to succeed. Because if he fails, it won't just be his life that will be lost . . . the consequences will be global.

Humphrey Hawksley's assignments as a BBC foreign correspondent have taken him to crises all over the world. His work has also appeared in major news outlets ranging from National Public Radio and the New York Times to the Guardian, Financial Times and Nikkei Asia. His television documentaries include Danger, Democracy at Work; The Curse of Gold, and Aid Under Scrutiny. His latest non-fiction book is Asian Waters: The Struggle over the Indo-Pacific and the Challenge to American Power. He is the author of three previous Rake Ozenna thrillers, Man on Ice, Man on Edge and Man on Fire.