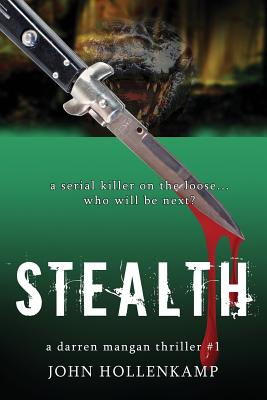 This is book number 1 in the Darren Mangan Thriller series.

In life things creep up on you, and before you know it, these things devour you. A person can do the same...

Darren Mangan is a cab-driver in Sydney; his life runs a fine balance between good and a little bad. That changes when he discovers a mutilated dog. Darren has met the killer before ... a scrawny, beady eyed character called Martin. Incensed at the cruelty, he fears it is only the start of Martin's thirst for killing.

Curiosity about a stolen .38 Smith & Wesson inadvertently steers Darren into a dangerous web of events, where divided loyalties, deceit, murder and vengeance spiral out of control culminating in violent clashes. No matter where the twists and turns take him, the same evil emerges to be in the centre, dragging Darren further and deeper in to take action.

From Sydney's laid-back Northern Beaches, down the South Coast of NSW with its beautiful beaches and lush forests, Darren's hunt for a killer eventually takes him back to home-ground: Townsville, North Queensland, surrounded by murky, mangrove-lined creeks.

In a race against time, will Darren embark on this journey of no return? After all, killing someone is not like collecting a debt. Or is it?