The Heat's On (Harlem Detectives #6) (Paperback) 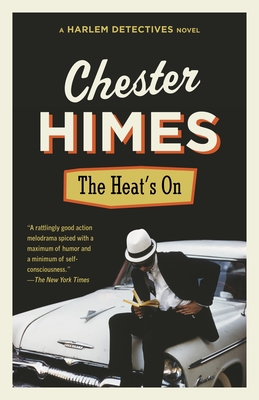 This is book number 6 in the Harlem Detectives series.

Detectives Coffin Ed and Grave Digger Jones are in the hot seat in one of the most chaotic, brutally funny novels in Chester Himes’s groundbreaking Harlem Detectives series.

Chester Himes was born in Missouri in 1909. He began writing while serving a prison sentence for a jewel theft and published just short of twenty novels before his death in 1984. Among his best-known thrillers are Blind Man with a Pistol, Cotton Comes to Harlem, The Crazy Kill, A Rage in Harlem, The Real Cool Killers, and The Heat's On, all available from Vintage.

“A rattlingly good action melodrama spiced with a maximum of humor and a minimum of self-consciousness.”
—The New York Times

“One of the most important American writers of the 20th century. . . . A quirky American genius.”
—Walter Mosley

“Some of the most exciting—and comic—crime novels ever written.”
—The Washington Post