Love on Trial: An American Scandal in Black and White (Paperback) 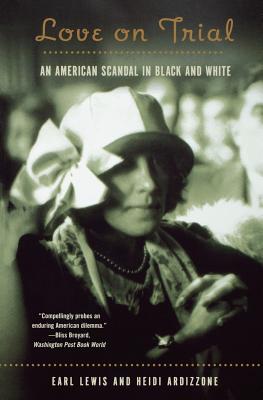 "Too important to be ignored…A fascinating look at America's obsession with race, pride, and privilege." —Essence

A modern Cinderella must defend her fairy-tale marriage in a scandal that rocked jazz-age America. When Alice Jones, a former domestic, married Leonard Rhinelander in 1924, she became the first black woman to be listed in the Social Register as a member of one of New York's wealthiest families. Once news of the marriage became public, a scandal of race, class, and sex gripped the nation—and forced the couple into an annulment trial.

Heidi Ardizzone is associate professor of American studies at Saint Louis University. She is the author of An Illuminated Life and The Color of Blood and coauthor of Love on Trial: An American Scandal in Black and White.

Earl Lewis is Thomas C. Holt Distinguished University Professor of History, Afroamerican and African Studies, and public policy at the University of Michigan as well as the founding director of the Center for Social Solutions.

A compelling read…More than a story of love gone wrong, this book concerns the prickly nature of racial identity, how it is defined, and what it means to be black or white—or both—here.
— Boston Globe

A great story…Earl Lewis and Heidi Ardizzone tell it very well, retaining much of the drama that riveted the American public [almost a century] ago.
— Ann Fabian - Chicago Tribune