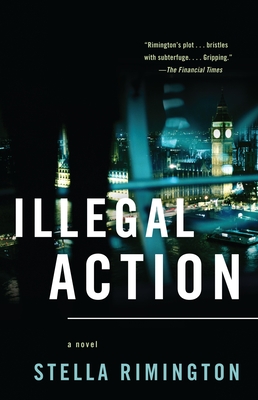 By Stella Rimington
$15.95
Out of Stock - Not Available

This is book number 3 in the Agent Liz Carlyle Series series.

In the most recent installment in the Liz Carlyle series, Liz has been transferred to counter-espionage—the hub of MI5 operations during the Cold War. Her mission: protect Nikita Brunovsky, an increasingly vocal opponent of Vladimir Putin, who has been targeted for assassination and is seeking refuge in the UK. The Foreign Office is adamant about forestalling a crime that could become a full-blown international incident. So Liz goes undercover, attaching herself to Brunovsky's retinue: racing against the clock to determine who betrayed him and suddenly facing a wholly unexpected second task—unmasking a Russian operative working undercover alongside her.

Stella Rimington joined MI5 in 1965 and during her thirty-year career she worked in all the main fields of the Service's responsibilities –counter-subversion, counter-espionage, and counter-terrorism–and successively became Director of all three branches. Appointed Director-General of MI5 in 1992, she was the first woman to hold the post and the first Director-General whose name was publicly announced on appointment. Following her retirement from MI5 in 1996, she became a Non-Executive Director of Marks and Spencer and published her autobiography, Open Secret, in the UK. She is the author of Secret Asset and At Risk.

“Rimington’s plot, as one should expect from a former head of MI5, bristles with subterfuge and splices in allusions to Litvinenko’s poisoning to give Illegal Action a contemporary feel. . . . Carlyle, in her third outing, has depth and tenacity.”—The Financial Times“A former director general of MI5 in the ‘90s, Rimington fills her brainy page-turner with authentic details.” —Entertainment Weekly“Rimington fashions an exciting final confrontation to her story.” —The Washington Post“The psychological curiosity and attention to detail that has made Rimington a top spy also distinguishes her as an author.”—People“An ideal beach read for the upcoming vacation season. . . . Elements of the old-fashioned spy novel–sudden twists and characters with hidden agendas–combine with James Patterson’s secret to success.”—Booklist