A Nation of Women: An Early Feminist Speaks Out (Paperback) 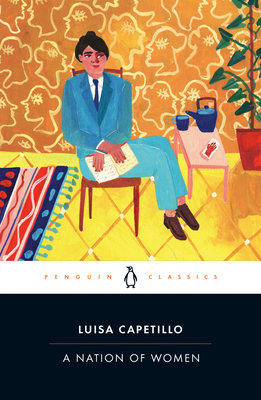 In 1915, Puerto Rican activist Luisa Capetillo was arrested and acquitted for being the first woman to wear men's trousers publicly. While this act of gender-nonconforming rebellion elevated her to feminist icon status in modern pop culture, it also overshadowed the significant contributions she made to the women's movement and anarchist labor movements of the early twentieth century--both in her native Puerto Rico and in the migrant labor belt in the eastern United States. With the volume A Nation of Women, Capetillo's socialist and feminist activism is given the spotlight it deserves with its inclusion of the first English translation of Capetillo's landmark Mi opinión sobre las libertades, derechos y deberes de la mujer. Originally published in Spanish in 1911, Mi opinión is considered by many to be the first feminist treatise in Puerto Rico and one of the first in Latin America and the Caribbean. In concise prose, Capetillo advocates a workers' revolution, forcefully demanding an end to the exploitation and subordination of workers and women. Her essays challenge big business in favor of socialism, call for legalizing divorce and the acceptance of "free love" in relationships, and cover topics such as sexuality, mental and physical health, hygiene, spirituality, and nutrition. At once a sharp critique and a celebration of the gathering fervor of world politics, A Nation of Women embraces the humanistic thinking of the early twentieth century and envisions a world in which economic and social structures can be broken down, allowing both the worker and the woman to be free.

Luisa Capetillo was born in Arecibo, Puerto Rico in 1879 to working class parents. She worked in cigar factories as a reader, where she first became active in labor organizing. A committed activist, Capetillo traveled throughout Puerto Rico, the United States, and Cuba to contribute to the international labor movement. She wrote extensively both for the Spanish press, notably in La Mujer, a short-lived feminist working-class magazine that she founded. She is the author of many works relating to her ideas, among them La humanidad del futuro (1910), Verdad y justicia: Cuento de Navidad para niños (1910) and Influencias de las ideas modernas (1916).