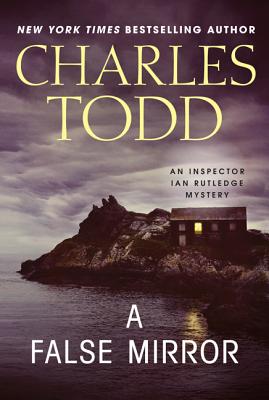 This is book number 9 in the Inspector Ian Rutledge Mysteries series.

“No mystery series I can think of captures the sadness and loss that swept over England after World War I with the heartbreaking force of Charles Todd’s books about Scotland Yard Inspector Ian Rutledge.”
—Chicago Tribune

The remarkable Charles Todd has created one of the most unforgettable characters in mystery and crime fiction: Inspector Ian Rutledge, shell-shocked veteran of “the Great War.” A False Mirror is one of Todd’s most powerful novels, plunging his tormented protagonist into the center of a brutal crime that painfully echoes events in Rutledge’s own past. Poignant, evocative, and continually surprising, A False Mirror is further proof that Charles Todd is well deserving of the critical acclaim the Rutledge novels have earned; a New York Times bestselling author who belongs among the acknowledged masters of the genre, including P. D. James, Elizabeth George, Ruth Rendell, and Jacqueline Winspear.