The Vampire Diaries: The Fury and Dark Reunion (Paperback) 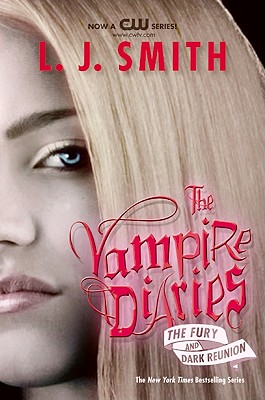 Elena Gilbert has risen from the dead as a powerful vampire. But she still finds herself caught in a deadly love triangle with Stefan and Damon. Tormented by losing Elena, Stefan is determined to end his feud with his brother Damon once and for all--whatever the cost. And Damon at last possesses Elena, but his thirst for revenge against Stefan poisons his triumph. But when the oldest, most vile evil force threatens Fell’s Church, all three must band together to save the town.

Binge-read the third and fourth books in the New York Times bestselling series that inspired the hit CW TV show The Vampire Diaries.

L. J. Smith has written over two dozen books for young adults, including The Vampire Diaries, now a hit TV show. She has also written the bestselling Night World series and The Forbidden Game, as well as the #1 New York Times bestselling Dark Visions. She loves to walk the trails and beaches in Point Reyes, California, daydreaming about her latest book.