The Sweet Hell Inside: The Rise of an Elite Black Family in the Segregated South (Paperback) 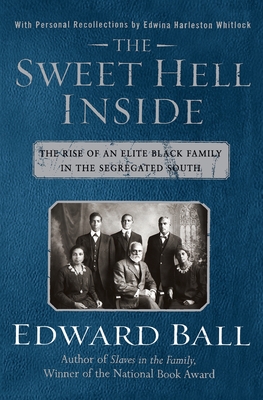 From National Book Award winner Edward Ball comes The Sweet Hell Inside, the story of the fascinating Harleston family of South Carolina, the progeny of a Southern gentleman and his slave, who cast off their blemished roots and prospered despite racial barriers. Enhanced by recollections from the family's archivist, eighty-four-year-old Edwina Harleston Whitlock -- whose bloodline the author shares. The Sweet Hell Inside features a celebrated portrait artist whose subjects included industrialist Pierre du Pont; a black classical composer in the Lost Generation of 1920s Paris; and an orphanage founder who created the famous Jenkins Orphanage Band, a definitive force in the development of ragtime and jazz.

With evocative and engrossing storytelling, Edward Ball introduces a cast of historical characters rarely seen before: cultured, vain, imperfect, rich, and black -- a family of eccentrics who defied social convention and flourished.

Edward Ball was born in Georgia, raised in the South, and worked in New York as an art critic. His first book, Slaves in the Family, told the story of his search for the descendants of his ancestors' slaves. He lives in Charleston, South Carolina, with his wife, Elizabeth.

“Thoroughly engrossing…Ball’s earlier book, Slaves in the Family, earned him a National Book Award. This one is even better.” — Seattle Times